Child marriage is a menace in Bangladesh that can only be overcome through education. Mati gives financial help through Girls Sponsorship-(SSP/ASHAR ALO) to the parents who choose school instead of marriage despite their extreme poverty. Girls Sponsorship is also known as “AsharAlo” or Student Support Program being introduced by MATI for the poor and needy students near our project area who barely needs help to keep continuing their education and stop early child marriage.

Girls Sponsorship-(SSP/ASHAR ALO), program has been formulated by MATI in order to assist poor parents in their dilemma. The idea came from a previous German volunteer who observed the difficulties the families were facing with financing education for their children. So AsharAlo wants to be a “ray of hope” on which the young generation can climb into a better future. Mati supports children from primary school. 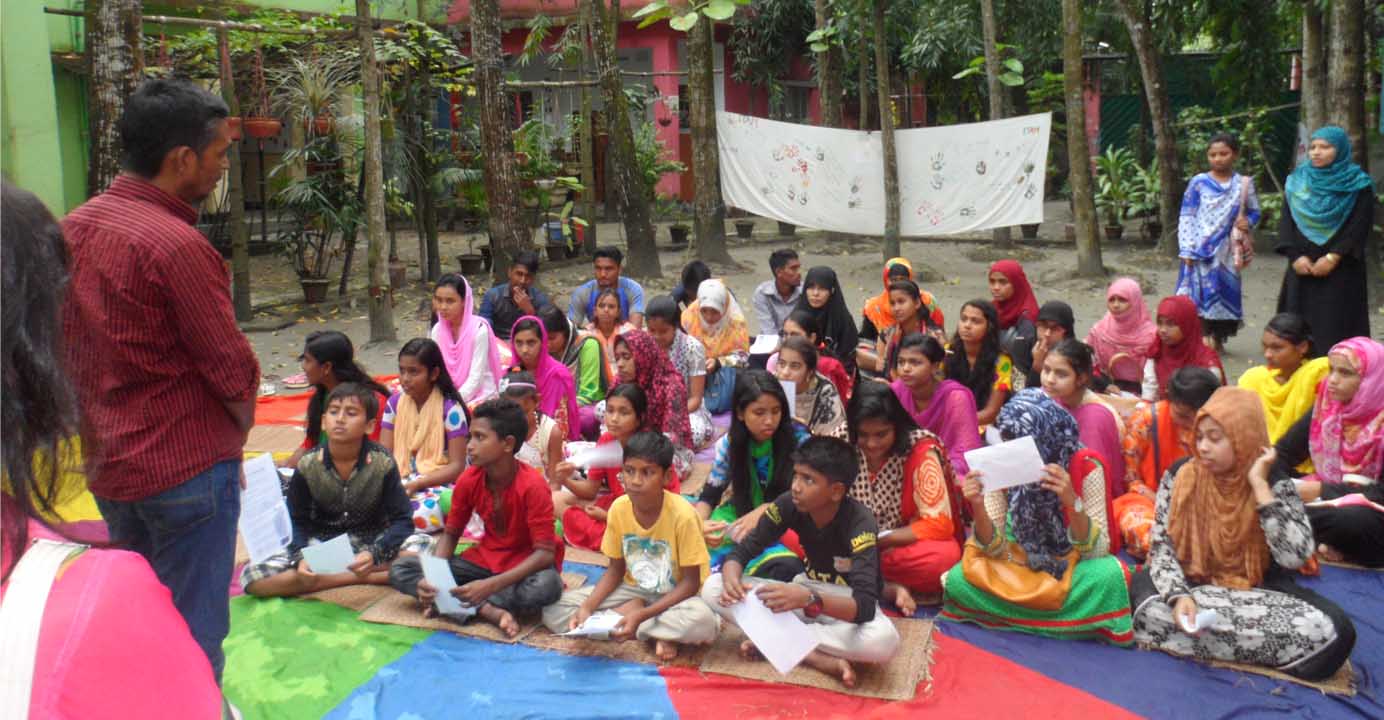 For many children in Bangladesh going to school is still a luxury, which especially the poorest can often simply not afford. According to the Government of Bangladesh, Primary School Education is free in government schools. The reality is that “free” translates as 400 BDT minimum per child and month. What for? Monthly school fee, admission fee, exam fees, electricity fee, plus uniform, books and other materials, as well as considerable tuition costs. Considering a monthly family income of as little as 2500 BDT and often three to five children in want of education, this is an impossible task for poor households. So sending a child to school costs a family at least 400 BDT while a child that works, as a helper on the bazaar, or in a teashop, or in a factory, or on a brickfield earns about 500 Taka monthly. For families where the income is hardly enough to buy two meals a day for everyone, it is unfortunately often foreseeable which option they will choose. The benefits a working child brings to his/her family, are clearly visible every month, while the benefits a student can bring to his/her family only pay off after ten or more years of continuous investment into his/her studies. Poor families often do not have the mentality to plan for a decade or longer. 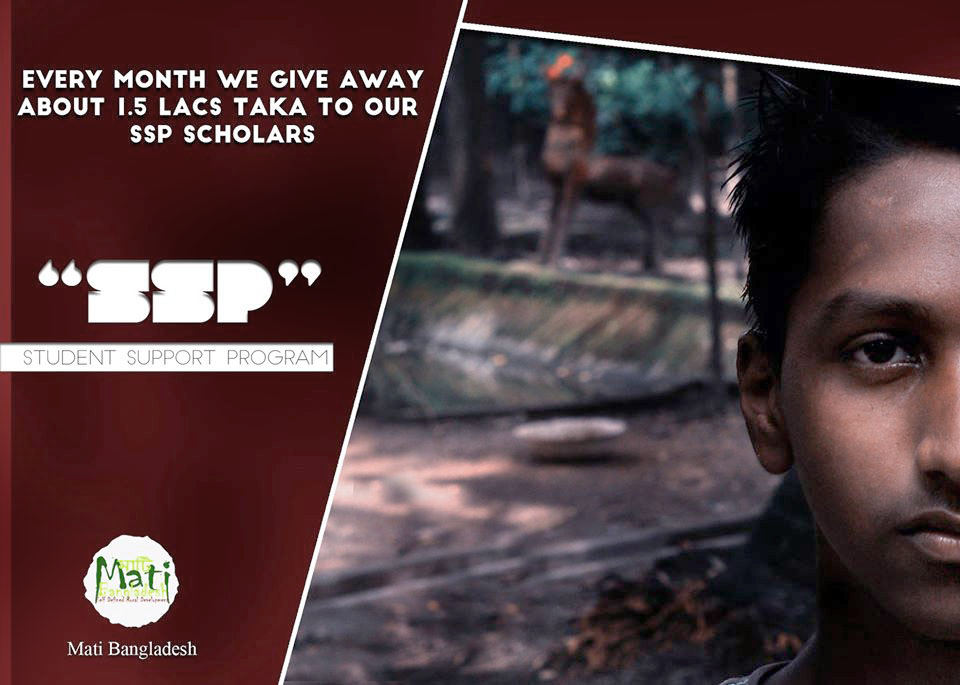 With the support of some private sponsors, mainly from Germany, but also from neighboring countries, Mati has been helping many children from the poorest backgrounds since 2005. Especially girls are often saved from the threat of child marriage. It has proven to be an excellent instrument to protect girls from early marriage and children in general from being exploited too early in their families for lack of money.

In 2019, 235 children from Mymensingh and 90 children from Huzurikanda, Sherpur received a monthly stipend in this way, which their parents spend mainly on private lessons and another additional educational cost. The majority of these sponsored children are girls. Alongside they are having different training on awareness and health-related subjects, getting extra support for instance school registration fees, buy expensive stationery products, health Support, etc. Every month, the SSP coordination team regularly make guardians meetings with these children’s parents, and they regularly visit children’s home and school visits to know if they are facing any problem. 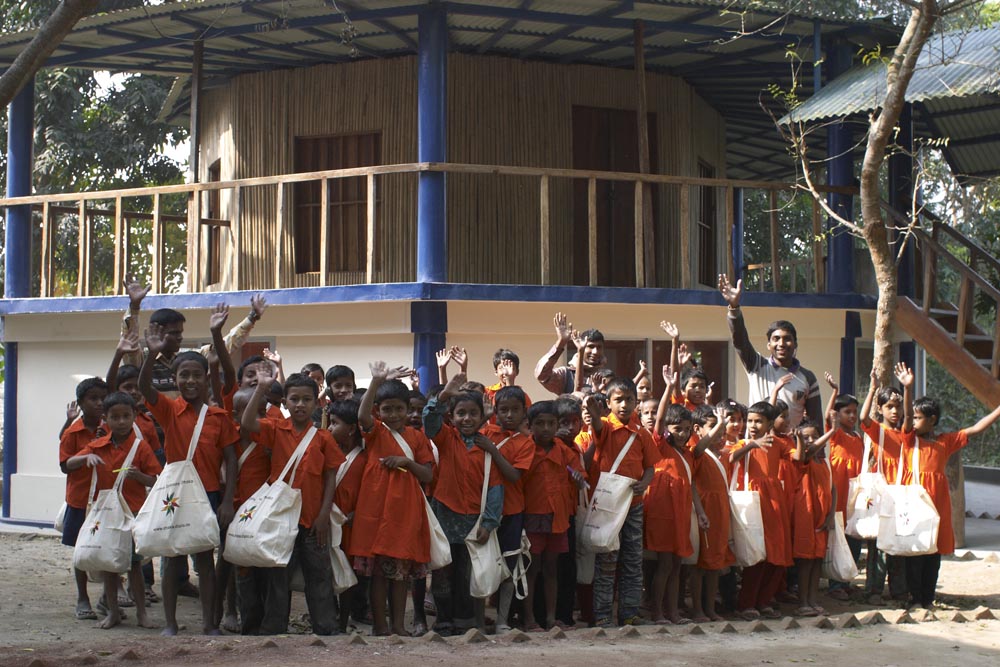 Additionally to the monthly stipends, which are paid directly to the children and their mothers, “AsharAlo“ also contributes to the costs of school uniforms, books, and school fees.

These scholarships have proven themselves as an excellent tool to protect girls from child marriage. In general, they protect poor children from being sent to work in exploitative conditions.

For that reason, we do not have a prestigious office in the capital Dhaka, as our focus groups do not live next to the embassies and foreign agencies in Gulshan or Banani, but in the slums of Mymensingh or in remote, underserved villages far out in the countryside.

List of Students who get SSP support from Mati. 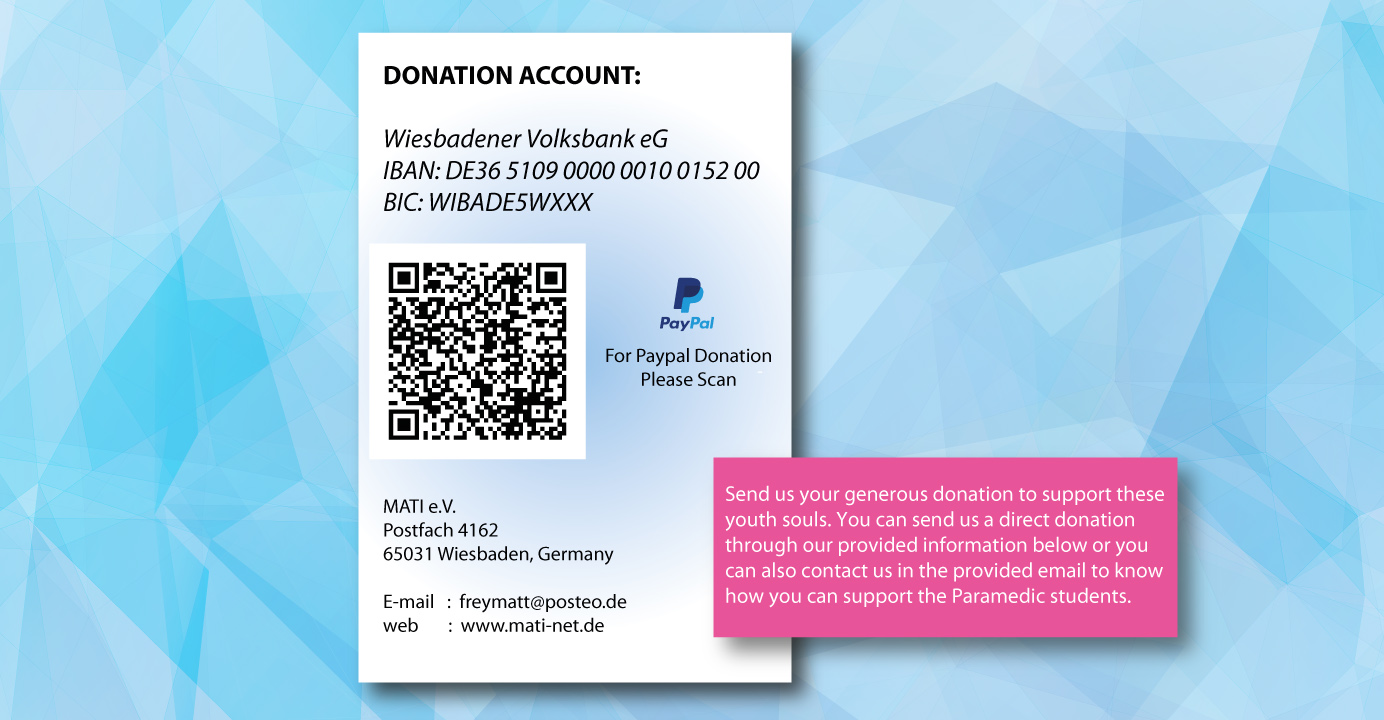