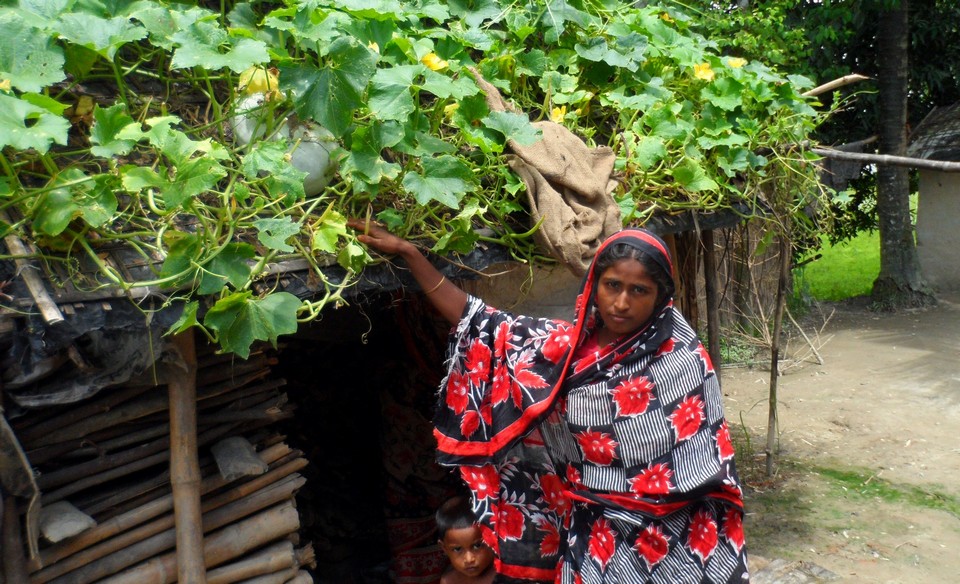 In 2004, MATI started the “Kitchen Garden Project” with an aim to enrich the standard dish of the poor, “rice with salt and chili”, by growing various local vegetables with appropriate vitamins & minerals in order to improve their food security.

Small vegetable garden were prepared on tiny unused land around the family’s house. For the families who don’t have any available land in their homestead area, MATI introduced “Sack gardens” for them. Besides increasing their family consumption of vegetables, efficient women succeed in generating surpluses for sale, thereby increasing the family income, sometimes massively. For this project, Mati received the German UNIFEM Award in 2004, “for being an ideal “good practice” example for women empowerment, capacity-building and leading the way to self-help and self-determination”.

During the period of 2006-2012 an organic agriculture project was implemented in Huzurikanda area of MATI. Since 2013 the project has been being implemented in an extended area of Mymensingh along with the previous area Huzurikanda. Since the beginning, the project was mainly focused on Kitchen Gardening (KG) by the women farmer. But, since 2013 the project is focusing much on organic agriculture both in Kitchen Garden and in the field. And since 2019 the project is much focusing on organic production and marketing in order to create bigger impacts in terms of food & livelihood security for the marginalized farmers.