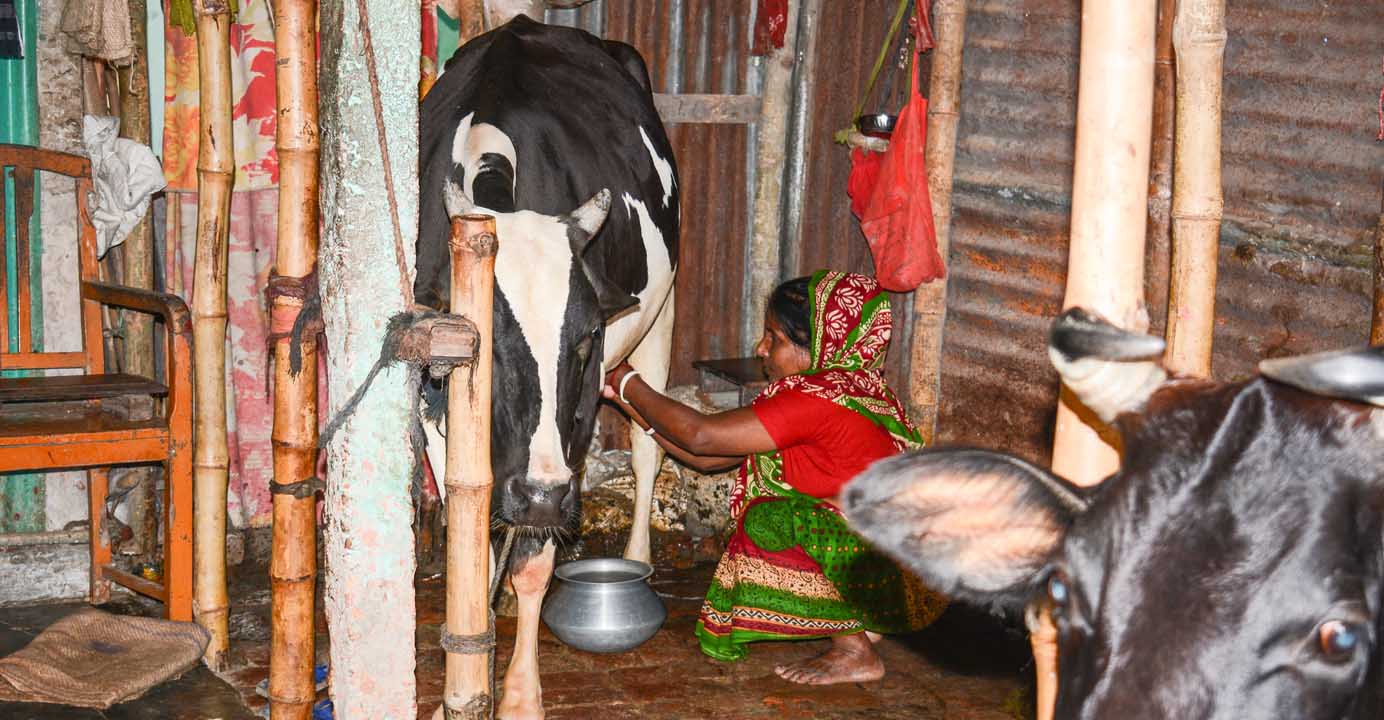 The approached has been mainstreamed in MATI’s programs

In cooperation with Brot für die Welt, Germany, MATI started a pilot project for 100 extremely poor families in 2006. Within the framework of the project, MATI provided the families with interest-free loans of 100 € to get small private businesses going. It also provides access to health care, emergency medical care, and food in times of hunger – until they can stand on their own feet.

Since the problems the poorest of the poor face on a daily basis – hunger, disease, ignorance, deprivation, dependence, exploitation and debt – are so oppressive that under normal circumstances they immediately consume whatever they can earn or receive in aid, a special project was needed to tackle these problems at all levels. After three years of the project period, the impacts of the project was reported as follows-

– In 87% of the families, the nutritional situation has improved significantly, 82% can now regularly eat 3 meals a day.

– The income level of 92% of the families has been doubled.

– While before, most families lived on the income from daily wages or were not the owners of their source of income (livestock, rickshaws, shops, etc.), which considerably reduced their earnings, after 2-3 years the overwhelming majority of over 90% have their own cow, rickshaw, poultry farm or shop. The number of families who can lease land has also increased considerably.

– More than half of the female heads of households now earn their own income, also move outside their own farm, and, according to their own statements, have a greater say in family matters.

– Hygiene conditions have improved considerably, and most families now have their own latrines and water pumps.

– The rate of child marriage in families has fallen from 21% to below 5%.

– While none of the children in the families had previously graduated from 10th grade, several girls are now even going to college.

Because of the great success, GTZ (Gesellschaft für Technische Zusammenarbeit) provided financial support to extend the project for a further 200 families in July 2007. In the meantime, around 600 families got benefits from the project, and Mati has currently mainstreamed the approach in all of its projects where applicable.

She was told there were more than 200 people ahead of her, and wait times were unknown. The media seems to thing all singletons are selfish people who only care about themselves (I mean over 30 singletons, under 30 not relevant to my/media argument). Are there any tax minimisation strategies for married couples use this link. I dunno, Bat Shalom, the joint Israeli-Arab women’s peace organisation?